-->
Home baby health Give birth twice in 11 weeks: a rare case of twin pregnancy that happens in one in 50 million births

Give birth twice in 11 weeks: a rare case of twin pregnancy that happens in one in 50 million births 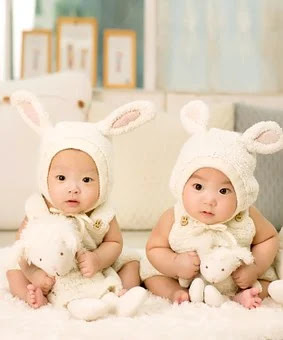 As Implausible as It May Seem, the Case of Lilliya Konovalova Is Real, Although So Strange That It Only Happens in One of Every 50 Million Twin Births That Occur in the World. and It Is That This 29-Year-Old Woman Has Given Birth to Twins 11 Weeks Apart, Her First Daughter Being Born Prematurely and Her Second Baby at Term.

We Will Tell You Why This Strange Phenomenon Occurs That Has So Surprised the Doctors Who Have Treated Her.

1 Twin Brothers: One Premature and One Born to Term


Liliya Was Pregnant with Twins and Everything Was Going Well, Until She Went into Labor at the 25th Week of Gestation, Giving Birth to a Girl Who Was Born on May 24 with Only 800 Grams of Weight. Quickly, She Was Transferred to the Nicu of the Uralsk Regional Hospital (Kazakhstan), While the Doctors Waited for the Birth of Her Twin Brother to Occur at Any Moment.

but Unlike His Sister, the Boy Was in No Hurry to Be Born, and He Endured in His Mother's Womb for Almost Three More Months, Arriving in the World on August 9 with Three Kilos of Weight and 11 Weeks Later Than His Twin.

Doctors Who Have Treated Liliya Have Expressed Their Amazement at the Case, as the Chances of This Happening Are One in Every 50 Million Twin Births, as Reported by the Ministry of Health of Kazakhstan. Not in Vain, in the Country It Is the First Registered Case.

Liliya Already Has Another Seven-Year-Old Daughter Whose Pregnancy Went Smoothly and Who Is Looking Forward to Meeting Her Siblings Soon, Who Will Soon Be Discharged.

2 the Mother Has a Didelphic Uterus


the Explanation for This Strange Phenomenon Is Found in the Type of Uterus That Liliya Has, Known as "Uterus Didelphys" or "Double Uterus". This Uterine Malformation of Congenital Origin Is Characterized by Presenting Two Separate Necks, Two Vaginas and Two Semi-Uteri, with Independent Functions. and This Is What Has Allowed Each Baby to Be Formed in Its Own Uterus, So That the Birth of the First Did Not Affect the Second, Who Was Able to Reach Term Without Problem.

the Exceptionality of This Case Is Threefold, Since the Fact of Suffering from an Anomaly That Only Affects One in Every 2,000 Women, Adds a Twin Pregnancy and Two Deliveries at Different Times of Pregnancy.
Although in many cases women with a didelphys uterus have a normal pregnancy and delivery, this anomaly increases the risk of spontaneous abortion and premature delivery.

For this reason, when it is diagnosed before the woman seeks pregnancy, reconstructive surgery is usually recommended to unify both uteri and increase the chances of a viable pregnancy. The problem is that, in most cases, the finding of this malformation is accidental, and it occurs through ultrasound when the woman is already pregnant.