7 valuable things you can do for your baby 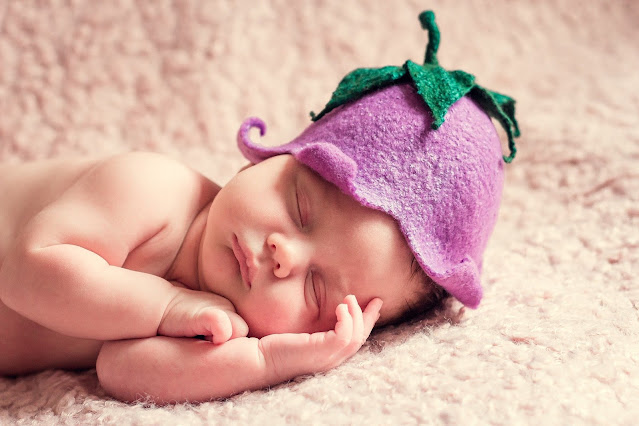 During pregnancy and the first months of the baby's life is when our lifestyle habits are most important. Small changes in the environment and our customs can have great advantages for your child. Environmental agents and widespread habits may be damaging your baby's health more than you imagine. At the same time, small changes in the daily routine can bring great benefits.

It is known that children of mothers who smoke, or exposed to tobacco smoke during pregnancy or breastfeeding, are at increased risk of sudden death syndrome (known as "crib death"), otitis and asthma, but they are know less that they are more likely to suffer from colic.

And how do you know if your baby's crying is colic or not? Experts propose the rule of three. If the baby cries at least three hours a day, for at least three days a week and for at least three weeks, there is no doubt: it is colic. Both the father and the mother (and the rest of the family members) can reduce the risk of colic in the baby if they say goodbye to tobacco or, at least, never smoke in its presence.

Ensures sleeping hours for the newborn

Many babies don't get the full 14 to 15 hours of sleep a day they need. This deficit can have very negative consequences on their physical development and behavior. According to Dr. Eduardo Estivill, director of the Sleep Clinic of the Dexeus Institute, “research shows that up to 30% of Spanish children between 6 months and 5 years of age sleep at night less than 11 or 12 hours necessary ”.

His advice: “Establish fixed sleep guidelines and follow them strictly. A child who always goes to bed at the same time, in the same crib or bed, with the same objects (teddy bear, blanket ...), in a quiet environment without light, devoid of disturbing elements, sleeps better and more hours and he is calmer during the day than another child whose sleep patterns are constantly changing. "

Breastfeeding has been designed by nature to meet multiple needs. On the one hand, breastfeeding strengthens the affective bonds between mother and child: on the other, breast milk provides the baby with the nutrients it needs and protects it against numerous diseases.

New studies reveal that breastfed babies have a 20% lower than average risk of infections, sudden death syndrome and other causes of death in the first year of life. However, experts clarify that "although the ideal is to breastfeed for at least six months, no general rules can be indicated: the decision to stop breastfeeding must take into account both the mother's and the child's needs."

You don't feel the baby in front of the TV

Barely two months old, babies already show great interest in a television screen on. However, new studies indicate that the more television a child under the age of three watches, the more likely they are to develop attention disorders later. Studies indicate a 10% increase in said risk for every hour of television a child watches per day. The conclusion of the experts: never sit a child under the age of two in front of the TV.

A study published in the prestigious journal Pediatrics has shown that gently pressing a baby against the mother's skin for an hour shortly after delivery calms the baby and helps them sleep longer the first night. Back home, regular physical contact with the baby has an intense impact.

Children to whom fathers and mothers lavish caresses, hugs, lullabies ... develop better both physically and mentally. An even larger number of studies have found the reverse: children who have little physical contact develop worse and end up having cognitive and emotional problems. Even parents are influenced: those who promote physical contact with their children develop closer ties with them.

Avoid harmful fumes near the baby

"In addition to tobacco smoke, exposure to household volatile organic compounds (VOCs), such as those found in paints and varnishes, furniture sprays, room fragrances and other cleaning products, increase the risk of asthma in children," says a new Australian study.

Specifically, for every 10-unit increase in some VOCs, the risk of asthma doubles or triples. The products that our grandmothers used in cleaning, such as vinegar, bicarbonate, soap "lizard" ..., and new products "kind to the environment" help reduce exposure to VOCs and the risk of asthma.

Listen to classical music with your baby

Although opinions are still divided, many experts believe that music (especially classical) stimulates the baby's brain and enhances its emotional and cognitive development. Other studies with premature babies have shown that classical music (Mozart, Schumann, Ravel ...) seem to have a particularly beneficial effect and stimulate alpha brain waves, creating feelings of calm. While the investigations continue, the North American state of Florida already forces all the preschool centers to put music to the children and many maternity wards in the USA even give CDs with classical music to mothers.