-->
Home baby foods My child is not gaining weight: how much should he gain based on his age and warning signs

My child is not gaining weight: how much should he gain based on his age and warning signs 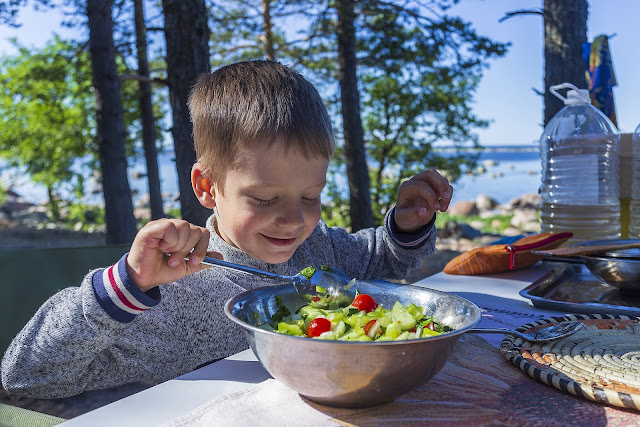 Weight gain is a frequent concern of families and an issue that is also very important to pediatricians. Both excess and little weight gain can be a problem and / or hide a pathology. In the first months of life, check-ups with the pediatrician are very frequent and the weight, height, and head circumference are closely monitored.

Later, the reviews are spaced out and parents are often the ones who inquire worried because they notice that their sons or daughters gain little weight. But how important is weight? What warning signs should we know? Should we parents keep track of the weight of our children?

1 How Much Weight Should Children Gain According to Their Age?

It is difficult to give an exact figure, since weight gain depends on many factors: sex, age, diet, genetics; neither will healthy children increase the same as children with diseases, nor will a premature baby (who was born earlier than it was due) than a full-term one.

To know if the weight gain is adequate, pediatricians are very helpful with growth charts and percentiles. In this way, we know if a boy or girl has a normal weight for their age and height and, most importantly, we know if the weight gain is adequate and remains at a similar percentile throughout their growth; Or, on the contrary, there is a very striking decrease or increase that makes us be alert and rule out possible diseases.

2  Weight gain in the first months of life

The vast majority of newborns lose weight after birth (usually no more than 7-10%) and regain it around 10-15 days of life. Later, and during the first 4-6 weeks of life, they usually gain about 20g / day (which amounts to 150-200g a week). Later, until the fourth month approximately, they will gain between 100 and 200 grams a week (there will be weeks that they gain more and others less and there is no problem). Studies suggest that formula and bottle-fed babies gain more weight than breastfed-only babies. We also know that breastfed babies have a lower risk of obesity in the future.

Many of the growth charts that we have were made with different populations without distinguishing between their diet; Now, it is recommended to use those of the WHO for infants, as they have been prepared with data from infants fed with breast milk and show what should be the growth of a child in optimal conditions.

For breastfeeding mothers, there is often the concern of knowing if their baby is eating well and they become obsessed with weight. It is important to add here that, although weight is an excellent indicator that a baby is eating well, there are other data that indicate that our baby has enough milk and it is important to assess them, especially in newborns. If during the first month of life you take between 8-12 feedings a day, wet at least 4-5 pee diapers a day and have several bowel movements a day, you are satisfied and calm after taking it, and we notice that the chest empties after you take it (not all women notice it), you are probably eating well.

3 Weight gain between 4 and 12 months of age

Weight increases a lot during the first months of life. As we have seen, up to 3-4 months of age they gain between 100 and 200 grams a week. From there, weight gain slows down a bit and it is important that parents (and professionals) know about it, because in nursing mothers this lower weight gain can lead to the introduction of supplements and the subsequent abandonment of breastfeeding maternal (this is the so-called 3-month growth crisis).

Between 4 and 6 months of age they usually gain 80-150 grams a week and between 6 and 12 months "only" 40-80 grams a week. The first two-three years of life is one of the stages of life where growth is greatest (another will be puberty) since babies usually double their weight at birth at 5 months, triple it a year and quadruple at two years.

We have already commented that growth during the first three years of life is very fast. From the second or third year of age and until adolescence, growth slows down and stabilizes. At these ages, children usually gain between 1 and 3 kg of weight per year.